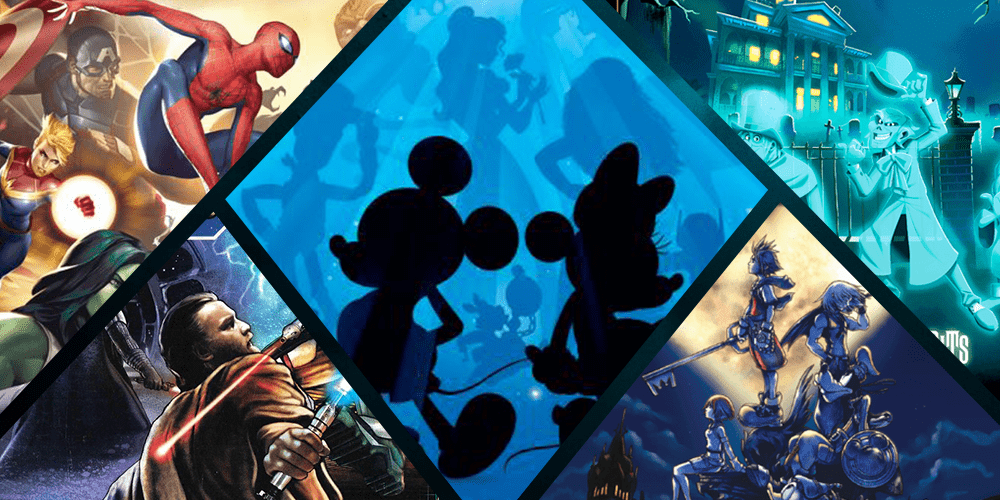 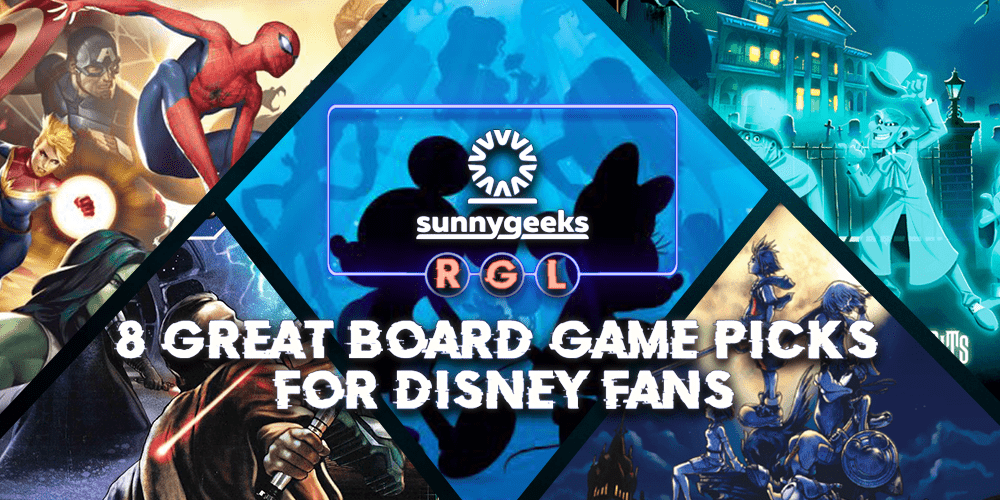 With over 60 feature-length films, the entire Marvel catalog, and Star Wars under its belt…it’s pretty safe to say that Disney has the entertainment industry sown up for a generation to come. And when it comes to the world of board games, they’re no slouch either.

Whether you’re looking for family-friendly fun, difficult decision-making, and everything in-between, there are a wealth of options to keep the biggest mouse head satisfied into 2021 and beyond.

So, here are eight of our games that are perfect for the biggest Disney fans, young and old. Starting with-

Can you guess the Disney character?

A match made in heaven, this 2017 release of the iconic original party games swaps out spies for the colourful world of Disney characters. Stuffed with colourful art that ranges from classics like the Jungle Book to contemporary classics like Lilo and Stitch. Available in two options, the default game mirrors the tense energy of the original as players are asked to give out clues to clear their hidden grid layout – avoiding the trap words that trigger an immediate game over. And, if you have kids, the game offers a smaller grid without immediate game-overs, letting everyone have a wonderful time before sticking on Aladdin for the umpteenth time.

A modern classic from Fantasy Flight, Champions refines and simplifies the ‘Living Card Game’ format to build a perfect co-op masterpiece for players of all stripes. Accommodating up to four, each player is allocated an iconic Marvel character (and their alter ego) and asked to work together to take out an evil mastermind. This requires a great deal of co-operation, masterful hand-management, and skilful thinking to come out on top. Quick, clean, and – with a wealth of expansions and beloved heroes – you’re going to be set to do this all day, month, and for years to come.

What’s better than chilling with ghosts?

Kids’ games can be fun?! Who knew? A light-touch romp for younger children, Haunted perfectly captures the spooky (but safe) energy of Disney’s famous ride as you trot around the famous mansion and talk to the ghosts. Players move from room to room and chat to the ghosts to add them to your collection, using set collection to determine the winner while avoiding being followed home by ghosts at the end of the game and losing points. Gorgeously presented and with just enough depth to make it challenging (and dare we say educational) for younger audiences, it’s a fantastic choice for little ghost fans everywhere.

Can you beat the clock against Marvel’s villains?

An essential filler for Disney fans, 5-Minute asks players to take a little bit of time out of their day to destroy every major Marvel villain. No biggie, eh? Played a breakneck speed, each player takes up the role of an iconic superhero and matches the contents of their hand with the bad guy in question. This comes complete with a digital app that keeps the action moving as you slap down card after card until you reach Thanos. While it’s far from a complete experience, it’s an exceptional budget pick that has a place in every session.

It’s a duel of fates

Ok…we’re cheating a little bit with this one. Released in 2002, Epic Duels took the industry by storm by being a tie-in game that…was actually good?! A combination of hand management and tactical movement, players take on one of the characters from the prequel series and scrap it out in famous locations with their own hazards and threats. Before long, players are replicating their favorite scenes from the series – offering one-on-one battles, careful team play, or free-for-all antics for up to six.

Can you seal the Door to Darkness?

We’re going to make a prediction with this one. You’re either thinking this should be higher up the list or purged from existence altogether. Combining the world of Talisman with the, frankly insane, universe of Kingdom Hearts, players are asked to cruise through the board’s three levels and do their best to seal the Door to Darkness. This swaps out fantasy standards with a gamut of Disney and video game references, letting players get that tasty nostalgia hit they need. Thrown in some truly stunning card art, quality components, and gorgeous minis…and you’ll know whether this oddball delight is for you.

Will you be able to prevent the SNAP?

Every so often the planets align, the stars are right, and someone out there produces an absolutely brilliant, licensed game. Replicating the final push to find the Infinity Stones before Thanos, players assemble their own superhero team and work together to crush the children of the Mad Titan before taking on the big guy himself. Built around dice management, the game uses hero teams to provide buffs, protect from damage, and act synergistically to stave off defeat. Add in officially licensed components, a beautiful aesthetic that’s easy to read, and a giant Thanos figure that will dominate the center of your gaming table…and you’re in for something that’s as special as it’s eye-grabbing. Quick, clean fun with an incredibly moreish central conceit, Rising is perfect for getting younger players into board gaming or lassoing fans of the series into chucking dice around.

It’s time to be the villain for once

There are two things Disney does well – deceptive simplicity and really, really great bad guys. And this 2018 release from the House of Mouse has both in droves. A game of hand management and sneaky tricks, players take on the role of one of Disney’s iconic villains, letting you choose from Jafar, Maleficent, Ursula, and more. Each has their own unique path to victory that they unlock as they scuttle around the board and crush the hero. Add in stunning artwork that captures the style of the source material, and beautiful playing pieces and components, it’s impossible not to start humming your character’s theme song or stop dreaming about who you’ll add to the game next.

What board games give you the magical Disney feel? Tell us in the comments!