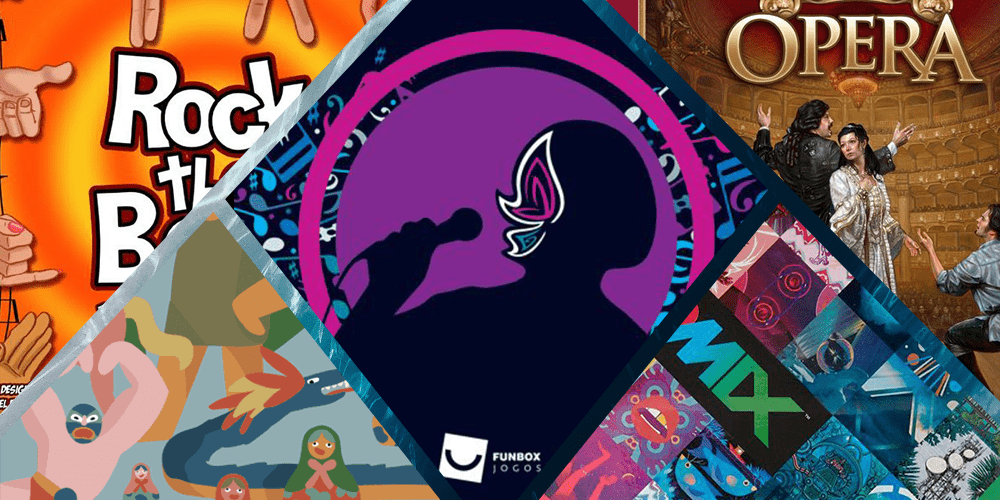 8 Rocking Board Games for Music Fans 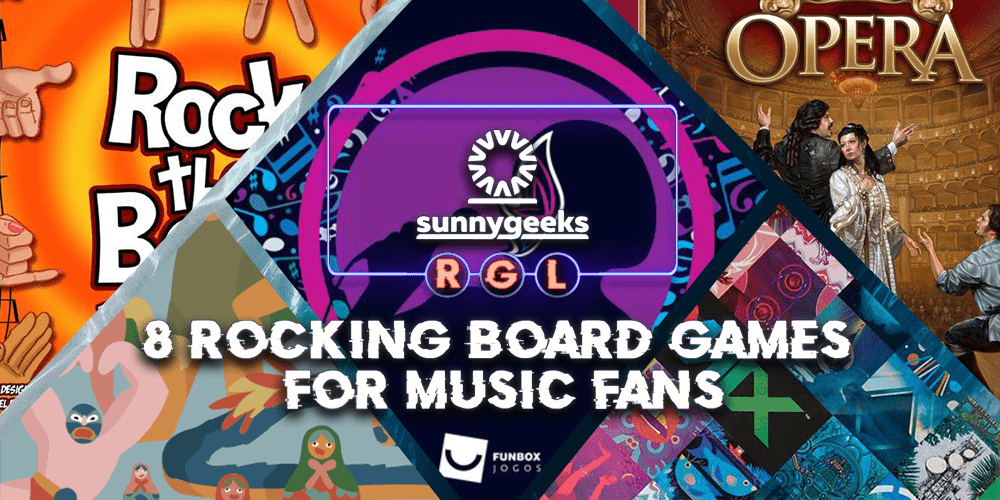 You like jamming? Well, you may find that pickings are slim on the ground.

While some of the best boardgames are creative, few dial into the expression that music allows for. But the games that do have something truly special to offer.

So, here are eight of our favourite picks that give audiophiles something to chew over. And offer something unique for the rest of us.

Rock it with some music knowledge!

First launched in the early 00’s, Scene It was an accessible darling. Coming with a dedicated DVD, players were asked to answer trivia about famous flicks and answer questions from clips, trailers, and cartoons. While the biggest movie buff may always win (sorry Granny), the famous ‘Music’ version levels the playing field a little. Keeping the easily digestible formula, SIM asks you questions from the history of music and takes no prisoners. Clips, challenges, and quizzes abound that leave no-one out and still challenge even the biggest pop-head. While it’s going to win no prizes for design or innovation – it does what it says on the tin and more.

A beloved party classic for a reason – Monikers is as flexible as it is ferociously fun. Offering the world’s best game of charades, Monikers presents players with a character to guess and asks them to deliver clues – with the best guessing team getting the points. The twist? Each round offers tighter restrictions, moving from saying anything except the word they have been given all the way to silenced charades. However, with the right group, this turns into a musical tour de force. Front-load this with popstars and you add an element of performance. And, as you play with the same ‘cards’, early guesses become more and more minimalist to the point of absurdity. Believe us,  you truly don’t know joy until someone has to mime Morrissey followed by Taylor Swift.

A game of elegance

A fancy game about a fancy subject, Opera is a bidding and trading game about bringing that one to the public that they’ve been clamoring for. That’s right. Librettos. In practical terms, this means managing the budget of your burgeoning house as you take a surprisingly deep dive into the world of opera management. Set across three centuries, the game requires immense judgment and taste. This means tight money management, careful plotting, and finding a balance between control and resource expenditure. And art. Lots and lots of beautifully crafted art.

As soon as you see the word ‘Cranium’ in the title, you’ll know what you’re in for. Based on and even further streamlined version of the iconic family game, Cranium 5 is all the creativity and interactivity of the original but with the board removed. Simplicity itself, each turn sees of the teams draw a card and allocate a points value to one of the five tasks. Think drawing “Madonna” would be tough, allocate it 5. Singing Madonna? Maybe that’s a 1. With a range of accessible topics and options, players are full and free to express themselves the way they want to – offering lightning-fast play and simple fun any player can enjoy.

(Review below is for the original “Cranium” game, not the Pop 5 edition)

Make your game night a musical

Now that the simpler fare is out of the way, let’s move onto the harder stuff. And nothing says ‘sing it’ more than the 2017 cult classic Pablo. Developed by Marcos Mayora, Pablo takes improvisation to the limit in asking players to not come up with a song on the spot – but to have it match the cards that players fling down on the table. Before long, you’ll have an entire concept album of titles. That is if anyone can hear you over the sound of yells of appreciation and tears of laughter.

This will rock you

Can you hit a table? Do you know “we will rock you”? If so, Rock the Beat is the game for you. A party masterpiece, RTB asks players to keep time with the beat with a twist. At the start, players are handed their own unique symbol and the beat starts. The starting player replaces the song’s ‘clap’ with their own symbol – following it up by the symbol on the card of another player as they move round the table. If the victim then responds with their own sign and throws the symbol of another player – continuing the loop. Once a player messes up, they pass their card to the person who eliminated them. The player who acquires the most cards by the end of the game is the winner. Clean simple and fun, RTB is the perfect party-game for Queen and music fans and is a tremendous backstage warmup for bands looking to get in sync.

Take your van and hit the road

What’s the best bit about being in a band? That’s right, cramming into a sweaty bus and touring the country until you hate each other! Recreating a grueling 100-day tour, this minimalistic masterpiece from Chad DeShon combines bingo and route-building as you try to build the most efficient route across the states that you can. Offering a little more flexibility than your average ‘Roll and Write’, the game asks players to push their luck as they squeak their way to victory. Bitesize fun and the perfect accompaniment to a rock and roll album of your choice.

Half machine, half boardgame. Dropmix is the lauded creation from Hasbro that lets you have the strangest dual in music history. Combining hand management and area control, the game uses real-life music sampling and digital tech to let you cut-up and remix songs to your heart’s content. While the game was Too Weird To Live, the system lets you and rival chain combos and play the sickest tracks you own on the board. Or fire up party mode and just have a freestyle jam session. Accessible, rocking fun – there are few games out there that experiment further and succeed. A true joy.

What board games get you in the groove? Tell us in the comments!

Those are some great examples! Those are mostly party games (other than Opera and On Tour), so here are a handful of other music-themed games for strategy and eurogame lovers: