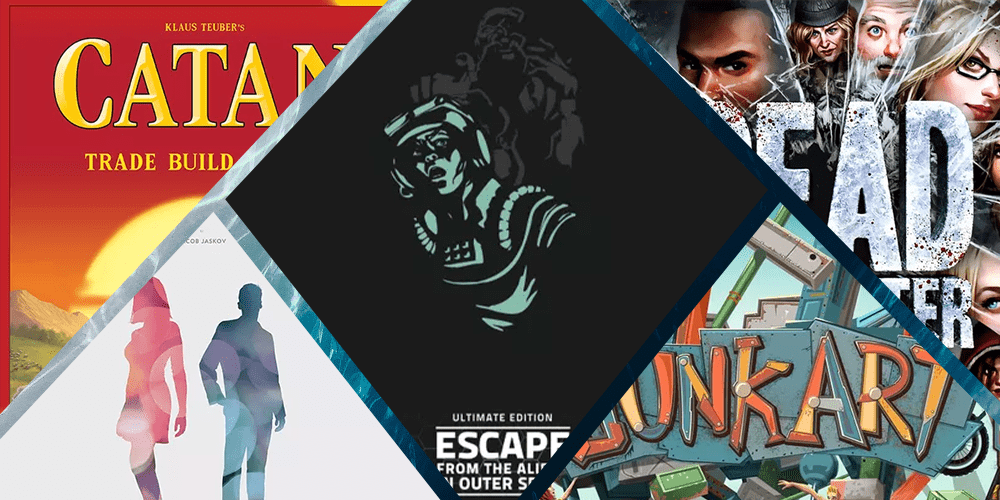 Must Try Board Game Experiences 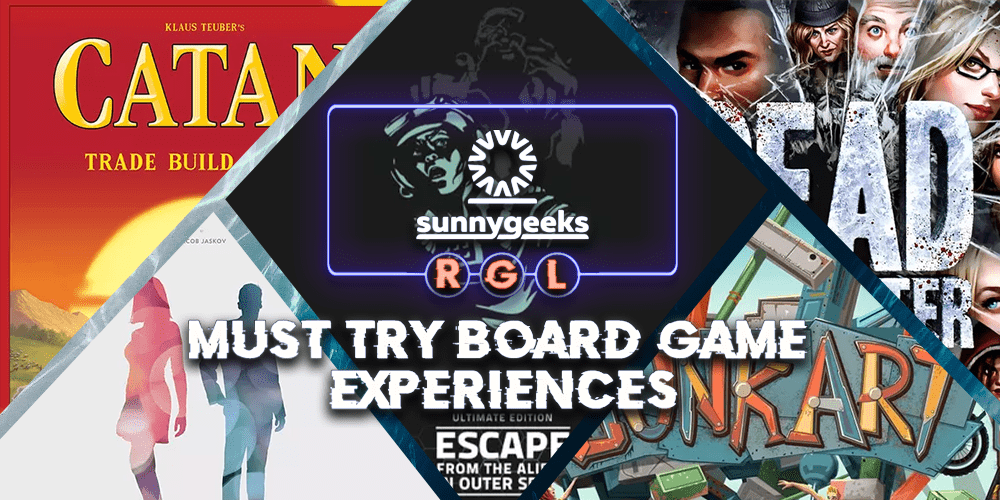 No matter whether you’re a group of veterans, of newbies, or anything in-between – having an ‘event’ for your game night can be something you and your pals remember forever. This can be a single goliath game, something that offers novel play experiences, or a pick that’s firmly outside your wheelhouse.

So, here are eight of our favorite game-night experiences you’ve got to try at least once. Starting with-

What combo will you try out next?

Arguably one of the most iconic board games of all time, what Catan may lack in complexity it more than makes up in accessibility. Perfect for groups that love a chilled out meetup, players can add a little extra spice by picking up the game’s many expansions. This can include the exploration of Seafarers, the conflict of Cities and Knights, or the smorgasbord that is Traders and Barbarians. This can let you mix and match modules until you find the unique configuration that is right for your group or randomise the setup to keep you on your toes. Or, as you’ll inevitably do no matter how much we advise against it, use them all at one and play FrankenCatan and never touch the game for a year. e game sing.

Imagination is the limit

Pen and paper roleplaying games have enjoyed an explosion in popularity over the last few years. Combining improvisation, collaborative storytelling, and creative freedom – choosing a light-touch system can allow anyone to enjoy a seat at the table. However, running a full campaign can be challenging and lack the punch that shorter experiences carry. If you want to enjoy a short burst of RPG goodness, checking out one of Call of Cthulhu’s ‘One Shot’ adventures can carry all the fun of a full-fat session in a few hours. These combine tense plots, big scares, and simple mechanics to have your table freaking out. And, if you’re lucky, dying to get another go as soon as they can.

We’ve all dreamt of being a sexy spy team…but we never knew things would be so genuinely awkward. As accessible as it is revolutionary, Decrypto breaks your group into two teams and allocates a number of unique codewords and assigns a number from 1 to 4. Each turn, a member of the team picks out a card with a three digit number on it. To get their teammate to guess that number, they use words and phrases that tip them off to the code. Except…the opposing team are listening in too and if they can get two of the words correct, they clinch it. Hilarious, tense, and surprisingly creative – the game offers an evening that’ll end in raucous laughter.

5. Making Something from Nothing

How handy are you?

If Covid has brought any benefit, it’s that we’re all a little more crafty than before. Painting, doodling, sculpting – we’re all going into arts and crafts like never before. And if you’re looking to get creative about it, Junk Art truly scratches that itch. Offering a wealth of game modes, platers use the plastic (or wood, if you’re fancy) playing pieces to build sculptures to variable rules. Best played on a table that can comfortably suit your party, do you go for height, building objects based on card prompts, or work to sabotage your opponents? Flexible and fun, it’s hard to beat.

Who can you trust?

Zombies, eh? Nothing worse…EXCEPT FOR THE CRUELTY OF MAN! Letting you enjoy your own two-hour apocalypse, Dead of Winter is an engine that generates stores by asking you “what do you need”. Players work together to ensure that their colony survives in the frozen wastes by making tough calls while fulfilling their own secret objectives. This can result in anything from mild inconvenience to the out-and-out destruction of the colony. Take some time to set the mood, throw on some Goblin, and enjoy the midnight movie of your dreams.

Only in the game, don’t worry!

If torpedoing your relationship isn’t the sign of a quality games night then we don’t know what is. Released in 2017, Fog of Love is an exceptional game that simulates the trials and tribulations couples face in relationships. Putting you into a romantic comedy (or tragedy if you’re so inclined), you and your partner build your partners from traits and occupations and try your best to muddle your way through. Except the purpose of the game isn’t to maintain a relationship, it’s to hit a bunch of individual or shared goals – ultimately aiming to hit their ‘destiny’ goal by the end of the game. Part performance piece and part roleplaying game, Fog perfectly replicates the difficulties of negotiating relationships and the work involved in staying together and being happy. And throw in a few spectators and it becomes a soap opera! Or if building a life with a loved one doesn’t appeal-

Anything goes in space!

Feel free to go Full Mantis and devour them before they can leave you! An exceptional release from Osprey Games, Escape from the Aliens in Outer Space is a hidden-movement marvel that sees you stalking your friends as you struggle to escape a dying spaceship. Players take their turns independently, hiding their player screens as the creep or stalk their way, avoiding making as much noise as possible. A game of bluffs, double-bluffs, and desperate gambits; it’s the perfect pick for sci-fi horror fans everywhere.

Hope you have the evening free!

Friend…it’s Twilight Imperium. Come on. A legend for a reason, Twilight is the experience that many gamers dream of, combining 4X gameplay and interstellar politics as you and your friends grapple over control of Mercatol Rex and the accumulation of tasty victory points. Greater than the sum of its parts, the game allows for the creation of your own space opera with alliances, bluffs, and blunders creating a narrative that’s uniquely yours. Throw in over a dozen alien races with unique player powers, a randomised setup so that each game stay fresh, and a running time of up to eight hours – Twilight guarantees a play experience that your group will never, ever forget.

What are your most memorable board game experiences? Tell us in the comments!